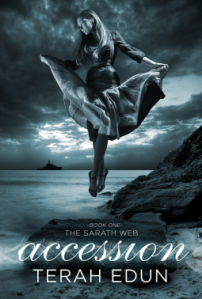 Publisher Description: Sixteen-year-old Katherine Thompson wasn’t trained to rule a coven. That was her sister – perfect, beautiful Rose. But when a mysterious plane crash kills off the heir presumptive of the Sandersville coven she has no choice. After stepping in to fill her sister’s shoes, Katherine realizes she didn’t have a clue – faery wars, depressed trolls and angry unicorns are just the beginning.

Review: Cover art is not too bad.

Katherine is a bitch witch whom is heir to the sleepy town of Sandersville. At 16 years old she wields immense magical powers which would be really frickin’ scary if it were true. A self-centered, vindictive, immature and nasty witch is no one you want to be around for long. And that’s what most people in her circle of influence do.

I really wanted to like Katherine, but she never gets it. She more or less is a tantrum based character that has issues with everyone and everything. Cecily was well crafted, but sadly doesn’t garner a large portion of the novel. The only thing to really like about this novel is the pace, some of the scenes and the general plot. There was quite a bit of info dumping during the development of tense scenes where you were left forgetting where the heck you just were, only to be thrust back into the scene again. There were also a myriad of grammatical errors and nonsensical topic shifts within paragraphs. In one scene, Katherine hot wires an SUV magic and hairpins then when the scene culminates she tosses the SUV keys to a guardian. There are few instances of logic fails throughout.

This novel needs a major cleanup. I would get another in this series as I am curious to see if the author’s voice develops as there is potential here.