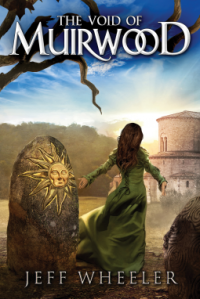 Publisher Description: When banished Princess Maia is captured by her father and threatened with execution, it appears that all is lost…until the people rise in rebellion against their king. Suddenly, the cast-aside royal finds herself crowned the first Queen of Comoros. But enemies appear on all sides as her father’s conniving supporters assemble a new army against the fledgling ruler.

Review: In case you haven’t guessed by now that Maia is “Speshul”. She’s not just special she’s super special and everyone loves her and she makes grown men wail and cry whilst pronouncing their undying loyalty. Boo….hoo. As Queen of Comoros she develops a scheme with the ladies-in-waiting…to, hold on now you won’t believe it ….”to take turns leaving the Palace to visit the poorest quarters of the city, distributing alms, baskets of food, and visiting the poor and the sick. They were not to use their names…….merely servants.”. Really? Can anyone be as giving, altruistic and perfect than Queen Maia? When Maia is not helping little urchin girls or forgiving treasonous transgressions, she is blushing at the memory of Collier, her hunky man-boy, who is a King in his own realm. Fug.

The story line follows the same pattern as prior works and really just elevates Maia to Goddess-hood while fighting the evils of the world. Soft, softer and softly was over-used 51 times in order to expedite scene closure. This was a diminished follow up to the second novel and is a hard sell to wade through.