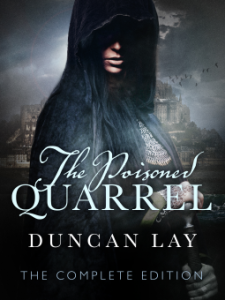 Publishers Description: Fallon and Bridgit are reunited at last, but time is still against them. Having evaded treachery, escaped slavery, and thwarted a hostile invasion, they now find themselves in the eye of a ferocious military and political storm.

Review: Well perfect, speshul, loving, level-headed, hot, pregnant, smart, spit and vinegar Idjit……er Bridgit is back. Showcasing her extra-speshulness as a commoner Queen. Well lets just say it, she’s the Queen or should be. But, she is so fair and honest that rather than make all the decisions for a country (she does anyway) she converts that trust into a voting council. Oh, altruism let your farts be named Bridgit. So we know from past reviews on this series that I despise Bridgit’s character as being ” too good to be true” which it usually is. All the women in this novel are mostly of the Bridgit variety (just put different colored hair on them) or super-hot (but evil) with designs on a/the Kingdom.  Weird world building dichotomy, but there it is.

I said I was done reviewing this series but here I am, suckered and poled. No, really, I just absentmindedly requested this without discerning the content. Anywaaay, this was really not too bad. Yeah, there is Bridgit and “growled” was used 32x to evidence expediting scenes without development among other phrasing vehicles. Fallon really carries the day for me. Yeah sure the self-guilt wears a bit, but he can shrug it off when the need arises which brings us to the movement. There is no lack of it and really helps to develop the characters and build the story line as the characters need all the help they can get.  Meh.