Review: This is way better than Palace, but that’s not saying much. Here you have two agents that are head over heels in love with each other, fuking anything that is not nailed down when not together. Huh? On a high note, smugly douche bag is still pounding us over the head with his chapter ending recipes and forced situational humor.

The biggest fail of this series is the ending which made no sense and undermines the premise of the novels that came before.  The plot holes near the end are so massive, you feel like a dick swimming in Egorovas canal. But since little penis Putin is banging away on Egorova (bi-weekly) and she is resisting having orgasms, then all must be well in little Russia.

Review: Same as the first novel but with more sex, evil henches and smug recipes. Putin has a little dick that gets hard when ordering assassinations and Nash would fuk a snake if you held it for him. 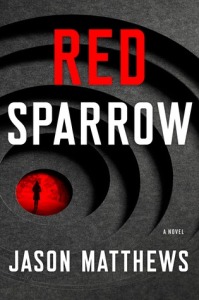 Review: This may be the “Fifty Shades of Grey” spy novel. Weak writing, implausible characters and sex fueled interactions with every scene (when torture is absent). Written by a CIA operations geek that never saw the backside of a Russian agent in his life.  Still, entertaining as fuk. Is something wrong with me? 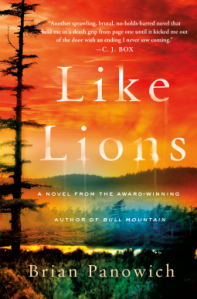 Publisher’s Description: Clayton Burroughs is a small-town Georgia sheriff, a new father, and, improbably, the heir apparent of Bull Mountain’s most notorious criminal family. As he tries to juggle fatherhood, his job and his recovery from being shot in the confrontation that killed his two criminally-inclined brothers last year, he’s doing all he can just to survive. Yet after years of carefully toeing the line between his life in law enforcement and his family, he finally has to make a choice.

Review: This was a conflicted read for me. As the novel came to an end, there were no exclamations of wonder as to the profound impact the story line had on my being. More like air escaping a slowly flattening tire. Here’s why.

Sheriff Dingus…..er, Clayton roams around in a world of constant inner negativity. This condition is bludgeoned into the reader page after page between trysts of drugs and alcohol abuse. The trope of “Down and out lawman solving a problem bigger than himself” is often used by writers to manufacture an easy story line in hopes of a movie deal.  Although Clayton is written very well, there is nothing really different about him. He is basically a negative asshole for most of the novel, and this is somehow supposed to make us sympathetic to his plight. His wife on the other hand, is an interesting piece of work and should have been expanded upon to widen her more visceral side.

The bad guys are typically Deliverance style bad in both demeanor and countenance with the usual acts of casual killing littered throughout the novel. The instances are not real believable and tend to be artificially expanded to include any Film Producers that are lurking in wait. All the women are hillbilly hot and the men, repugnant or ruggedly handsome.  The idea that in the modern age, one family controls everyone and everything through fear, is Hollywood genuflecting, at it’s best.

To me fiction is best served skittering along the fringes of reality and this did not take me anywhere near it.

Publisher’s Description: Eggnog notwithstanding, travel agent Cyd Redondo is not looking forward to the holidays. The borough of Bay Ridge, Brooklyn—along with most of her family—holds her responsible for landing her Uncle Ray in a minimum security prison. So, when Cyd’s ex-husband, Barry Manzoni, announces his parents have disappeared from an Australian cruise, she rushes Down Under to enlist the help of travel liaison and friend Harriet Archer, who offers a free cabin on the Tasmanian Dream and insider assistance with the search.

Review: I am wondering how anyone can find this novel (tripe) entertaining. In the author’s attempt at being glib and funny, the pages are peckered with this constant stream of internal dialogue that is supposed to encompass every scene with commentary in the form of witticisms. Add in how hot she thinks she is and how every guy wants a piece of her middle aged flesh and you have pure literary drivel. What really detracted from the overall story line was the focus on all of Cyd’s accessories. From designer bags, dresses and shoes, this barrage of nonsensical bullshjt was never ending.

Cyd’s characterization is at once vapid, scattered and vaguely offensive to females.  The supporting characters are one dimensional and drive the scenes to awkward resolutions that favor dimwits flouncing act. The scene development is right on the verge of fantastical. I think the author hoped this would add vibrant movement, only it comes off as thinly sheathed in reality and lacking in clarity.

Author James W. Ziskin is not only in the preface, hailing accolades of this work like a Perseid meteor shower, but rates this novel a 5 star work in Goodreads. Coincidentally the author lists James Ziskin in the acknowledgments. We also have Kirkus Reviews spinning their paid-for shtick as well. I would skip all of Ziskin’s novels as anyone who had really read this is busy self-defenestrating.

Review: This started out pretty good as the story line is split and the commonality hard to determine. And then it goes to pure shjt.

What do I always say about authors inserting their own political perspectives couched in effusive moral platitudes? DON”T DO IT!! Well this douche wastes no time (while wasting ours), with super lesbian geniuses, trans-gender genius cops and a genius Asian hottie (with a limp) that saves the fooking world. Can’t forget the lengthy illegal alien dialogue (whitey bad) which has absolutely nothing to do with the novel. Forget that all white people are portrayed as evil hate-filled Nazis because they prefer the opposite sex.

This author makes a real effort to twist A Republican candidate into some myopic vision of horror in an alternate universe. I get that people have opinions but this reveal shows someone whose identity is warped by their own misplaced ego.

Publisher’s Description: London, 1873. Walter Balanchine returns home from his travels with an air of mystery and magic about him. His lockets, potions and spells soon attract a favourable audience in Victorian London. But a labyrinthine path of sorcery, scandal and mortal danger unfolds when Walter encounters the beautiful and brooding Tamara.

Review: This novel received very high reviews but for one millennial reviewer. She wrote that she liked it but gave it a low rating. She rants about “triggers” and  other identity nonsense while trying to be self-deprecating in the process. As to why anyone would give a shjt whether your’re offended or not by literary content, is laughable. Wow, the ego sure is expanding logrithmically these days.

This was a fine read. Constantly entertaining with characters that explode off the pages and movement that quickens the fire in your veins. A wonderfully crafted novel that embodies everything that makes a novel soar. Get this, and hope that Walter continues on in subsequent novels by this gifted writer.