Publisher’s Description: Only in Tananen do people worship a single deity: the Deathless Goddess. Only in this small, forbidden realm are there those haunted by words of no language known to woman or man. The words are Her Gift, and they summon magic.

Review: I was not real exited to visit Czerneda’s world again based on a previous work https://www.goodreads.com/book/show/28815483-the-gate-to-futures-past?ac=1&from_search=true that left me less than thrilled. As a fellow biologist I began this novel firmly in her corner with pompoms.

This was not only surprising but just plain amazing. The prose, while stilted, adds a characters’ off tilt perspective on events as they unfold. Really unique approach to character development. Each story line wends and interesting way across the pages, diverging, then coalescing once again to a patterned whole. This sinuosity is built upon a solid foundation of world building so that you know exactly where you are in relation to each characters experience.

The minor downs of this novel were the limited quests that would have expanded the entirety of the world (denizens, geography, history, culture etc.). The movement is more inverted with expressive inner ruminations and lengthy dialogue. Not a bad thing, just different.

The mage craft is interesting and somewhat unique. Where the pen, ink, and words are used on paper in this novel, Victor Gischler utilized ink and words on skin in the  “Fire Beneath the Skin“ series 5-years ago.  Although different manifestations arise from each use of these disparate magics, the similarities are too coincidental to dismiss. But like they say, there is nothing new under the Sun.

This is a long novel that seeks to entertain through a character(s) ups and downs. Get it.

Publisher’s Description: Centuries ago, the murder of a beloved king tore apart the Kingdom of Caledun. The land was plunged into chaos and thousands perished in the aftermath. A new order was established in an attempt to return Caledun to its former glory. It failed, but in its place rose the beginnings of the Code.

Review: This novel has quite a bit going on in terms of several separate story lines that seem to slowly converge. Each story is unique as it covers the expanse of the world in which it resides. The characters that ride each story line are impeccably built as are the supporting players, each with their own unique perspectives.

The evil that lurks on the periphery is a menace that continues to exert more and more influence as the novel progresses. This slow build creates tension that emotionally binds the reader to the characters creating intense immersion via visualization.

I enjoyed the “other” beings that reside in this world and would have liked to have seen more of the Dwarven story told. The Gath, Goblins and Earth Fiends are superbly written as are the Gorimn. What kept this novel from ascending to 5 star status was Kieri. The installation of the twembling damsel (hooker with a heart of gold) whom casts furtive glances towards her one love, Leoric, wore pretty thin. She doesn’t know Leoric yet constantly gets them all in deep shjt with their unrequited love. So while being banged for quite awhile by Joram, the camp snitch, she suddenly fights him off from having sex with her so she can bear the child that is Leoric’s. Really?

A really well crafted and thought out novel that continues on in a series. Hopefully without Kieri, but that is a wish not to be realized, as it is mentioned over and over that Leoric will find her again. Barf. A long novel that beckons each evening. So settle in and enjoy.

Publisher’s Description: When Evan Morgan’s brother Damon dies suddenly, Evan is shocked to learn he left him an inheritance, leaving him instantly wealthy and the owner of his country farm. Traveling to North Wales seems to be a formality: attend the reading of the will, pick up and dispose of any valuables, and head back home. But everything changes when he arrives in Denbighshire and meets his new neighbor, the alluring and mysterious Aline Lloyd. Suddenly, staying doesn’t seem like such a bad idea, especially since the ancient grounds surrounding his new home feel as if they are calling to him to stay.

Review: To quote a reviewer, “this is a fictional memoir” as seen through the eyes of someone really really boring. Oooh, she has POWERS! and stuff. Yap, yap, yap, yap………cutesy huggums wuvs hims. Yap, yap, yap…..MI5, no 6 is real interested in her.  Yap, yap, yap.  “Are you threatening her!!!!! Boy I oughtta talk you to smithereens!”.

This was as interesting as a dick in a bowl of hot dogs and as much fun as a bag of hammers.  If you like vague dialogue centered around a myopic egalitarian’s perspective, then this books for you. 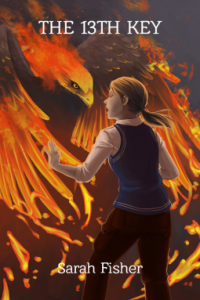 Publisher’s Description: Noah Chord is just an ordinary teenager … or is she? One day, hearing-impaired, budding fashion designer, Noah, is at school; the next she’s saving the world. Not her world though – a place called Talisker, a world woven from music. And it all started when she met that cat!

Review: Some reviews iterated that the plot was wooden and cliched, while another thought that the romance was rushed and the story line a bit boring. The reviews that lend 4-5 stars are not really reviews at all. A publisher and a couple of descriptive reviews that hold no narrative content. .  Where do I sit in all this? Read on!

Noah is speshul. Since she is a reluctant hero, she gets get points for being super speshully. Chase plays her venturesome sidekick along with an Alsatian, which is a snobby way of saying “German Shepherd”, pre-1970.  Rounding out the main characters is the evil and oh so hot and sexy Orville and plodding yet hunky, Emir.

The total immersion into the love Tribangle scene never came to pass and that I am thankful for. The gurl on guy on guy stuff kind of comes out of nowhere and suddenly Noah is blushing and stealing kisses from boys. Huh? Noah runs pretty hot and cold on boys but it becomes a constant theme towards the end of the novel. This forced foray into romance ruins what was once a solid YA fantasy adventure novel.

The story line and world building are a mixed bag. There is an evolving and interesting story that moves in unexpected creative directions. While some of those directions are entertaining, others just don’t mesh well with the overall plot. These disruptions/diversions seek to lend some much needed creative change to a pedantic story line.

While the premise that supports Noah’s lure in the adventure is really weak (fashion show) I had a good time reading this. There was some page flipping in scenes that were being beaten to death and hence the boredom issues with some reviewers is revealed. I think this is geared for the 13 year old crowd that yearns to be 16, but then again, wtf do I know about YA’s.

This really has no right to continue on in a series when the story could have been told in one go. To drag this tired old horse down another rocky path is just cruel.