Review: The grand finale’ to a riveting series that under-achieved in broadening the story line.

Our hero becomes mired in political intrigue and factional rivalries. The supporting characters and their various back stories add a bit of levity to a droning Calder. How this guy goes from interesting to boring-as-fuk is a mystery.

The greater universe that the author has built in the Cradle series begins. These various worlds and their champions will one day meet to fight the fiends that riddle the galaxies. Just a hunch.

Still, a fun read by an accomplished author.

Review: I am getting a definite impression that this world is part of the greater “Cradle” firmament series. Perhaps another world protected by the Judges.

A great read that ends too quick.

Review: Surprisingly, this novel suffered none of the story line progression and continuity issues that the Travelers Gate series had. The character development flowed smoothly along with the movement, the depth of the MC’s was compelling and the supporting cast, fascinating. A really well put together novel.

Not really a lot to shjtpick about other than Jyrine’s presence vaguely justified in the Grayweather household.

Man buckles were swashed in this installment. Currently reading the next in the series, “Of Dawn and Darkness” and am still pleased.

Review: This was a minor dip in a relentlessly entertaining series. The pacing is disjointed while the story line is often compressed. This creates some continuity issues. Our heroes are getting a bit too “perfect” and any flaws seemed forced or inserted as an afterthought.

I am unsure why so much of the novel was spent in Sacred Valley. While innately boring on a logarithmic scale the residents are built like stubborn constructs with no redeeming qualities. yet Mr. Hero must save them all!! I get it, we have known since Suriel showed up where Lindon is eventually headed and there has to be some kind of build in terms of his stalwart high-moral proclivities.

No surprises with this one.

Review: This author follows in the path of George R.R. Martin in that he kills characters seemingly at whim. Part of good world building are the characters that anchor the story line. If their deaths detract, rather than enhance continuity, then you probably shouldn’t kill them. Just my .02.

This barely reaches the high accomplishment found in “The Aching God” yet provides entertainment and some sense of closure. There are some fails in the character arena that may severely disappoint some readers (ahem) yet overall a well done novel.

Here is hoping that this series continues and that down the road, Auric plays a role.

Review: Oh my, this was really good.

Auric Manteo is a well crafted character that brings true depth to the story line. Resigning his commission with the League after a horrific experience, he rebuilds his life only to be dragged back in when his daughters life is threatened.

The world building is really one of the best I have experienced where magic interleaves every facet while bridging high morality with despondent evil. A constant occurrence in this interplay is the League plumbing the depths of an evil civilization to ferret out knowledge and riches. The League field agents live short lives, usually succumbing to some form of subterranean trap.

Surrounding these quests is a rampant decline of the Royal Hierarchy as it descends into madness and those that navigate the insanity in hopes of redeeming the Kingdom. 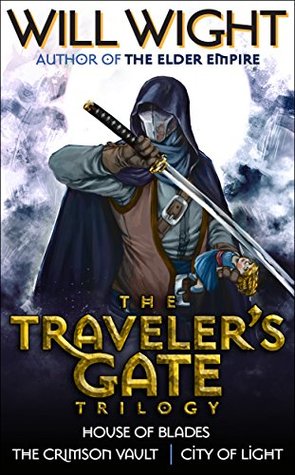 Review: A rather confusing world with multiple territories gifted inherent qualities that Travelers purvey. Each Territory has an Incarnation subsumed by a blood tree in order to control an outbreak of destruction.

Simon is a patterned trope of the “weak gutsy kid that rises through determination”. Leah is a princess (but don’t call her that) whom must find her way in the real world by living in a dirty village. There are some characters that weigh the story line down as their believability pushes the boundaries of acceptance. Indirial and Kai (yes fuking someone named Kai) are well-built characters. The dolls are creative and entertaining story line insertions.

The story line drifts a bit with what seems like a rather large plot hole. The Territories vie for power over the others which makes no sense as there is no end-game prize worth the trouble.

There are Blood Trees that must have sacrifices in order to contain the Incarnations that would otherwise rampage everywhere. I think each territory has an incarnation but definitely all have a blood tree….maybe. An incarnation is supposedly the embodiment of nature in some form or another yet the definition does not marry with the icon unless you are that tree/flower in-carnation (ha, ha).

Parts of this series, especially the last, seemed compressed, rushed and truncated. This process follows a sudden shift to a formulaic story line.

So there you go. Confusing as fuk yet still entertaining what with the great character development and all. Not near as good as the Cradle series. 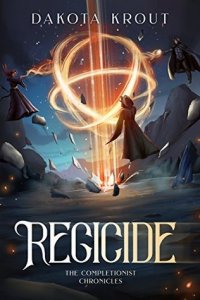 Review: Could not put this one down. Late nights and mad wife.